In response to global challenges such as climate change, pandemics, and violent conflict, the inaugural Doha Forum Report, produced in partnership with the Stimson Center, presents ten fundamental principles for strengthened governance and collective action across borders at the intersection of justice and security. Striking a proper balance between principles of justice and security has become even more urgent with the onset of the COVID-19 crisis and its devastating social and economic effects afflicting millions of people worldwide.

Participants Q&A and discussion with all speakers moderated by Dr. Richard Ponzio

This event was co-hosted by the International Crisis Group 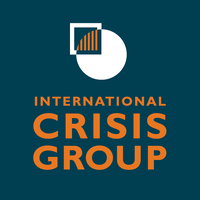 Ambassador Alya Ahmed bin Saif Al-Thani, Ambassador Extraordinary and Plenipotentiary, Permanent Representative of the State of Qatar to the UN in New York

Alya Ahmed bin Saif Al-Thani was appointed the Permanent Representative of the State of Qatar to the United Nations in New York in October 2013. An internationally recognized leader on human rights, social justice, sustainable development, and conflict prevention – she is also well known for her fight against impunity and the quest for peace, justice, and accountability. She has authored and facilitated numerous groundbreaking General Assembly Resolutions on education in emergencies, autism, natural disaster response, war crimes, and impunity among others. She was the Chairperson of the Fiftieth Session of the Commission on Population and Development (2017); Co-facilitator on the preparations for the high-level meeting to appraise the Global Plan of Action to Combat Trafficking in Persons (2017), and she is the co-facilitator to lead intergovernmental consultations on the review of Resolution 68/1, regarding the reform of ECOSOC (2018). Previously, Ambassador Al-Thani was the State of Qatar’s Permanent Representative to the United Nations in Geneva, where she held the prestigious post of President of the Social Forum of the Human Rights Council. During her term, she was in 2012 appointed the first woman Chair of the prestigious Social Forum of the United Nations Human Rights Council. The Council was established in 2002 as a subsidiary body of the former Commission on Human Rights and in 2007 it became a subsidiary body of the Human Rights Council. Ambassador Alya Ahmed bin Saif Al-Thani is the recipient of numerous prestigious awards. In 2013, she was nominated a Young Global Leader to improve the State of the World by the World Economic Forum. She holds an M.A. in International Studies and Diplomacy from the University of London’s School of Oriental and African Studies and a Bachelor of Science in Economics from Qatar University

Majed Al Ansari is an Assistant Professor of Political Sociology at Qatar University and until recently was the Manager of the Policy Department at the Social and Economic Survey Research Institute (SESRI). He received his Ph.D. and Master’s degree in Social Change from the University of Manchester. Al Ansari previously served at the Qatari Ministry of Foreign Affairs and various civil society institutions. His research interests include public opinion surveys, social capital, political and religious values, and current affairs.  Al Ansari consults regularly with various government entities in Qatar and contributes extensively as a political analyst on various media outlets, including Al Jazeera, BBC Arabic, Russia Today, Al Araby TV, and Qatar TV.  In addition, Al Ansari writes weekly for the Qatari daily Al Sharq and periodically for Almonitor and Alkhaleej Online.

Abdullah Baabood is currently a visiting professor at the Middle East Institute, National University of Singapore. He had previously held the positions of the Director of the Gulf Research Center at the University of Cambridge and the Director of the Gulf Studies Center at Qatar University. His research interests are mainly focused on the states of the Gulf Cooperation Council (GCC) economic, social and political development and their external relations. He has been invited as a keynote speaker to many international conferences as well as being a guest on many media programs. He has a master’s in Business Administration (MBA) and a master’s in international relations (MA) and obtained his Ph.D. from the University of Cambridge.

Kirsten Fontenrose is Director of the Scowcroft Middle East Security Initiative at the Atlantic Council. Kirsten has twenty years of experience working with the Middle East and Africa from positions within the US Department of Defense, Department of State, White House, private industry, and the non-profit sector. She most recently served as Senior Director for Gulf Affairs at the National Security Council. Kirsten has appeared in the Washington Post, CNN, Fox, BBC, PBS, the New York Times, the Wall Street Journal, Al-Jazeera and Al-Arabiyya, among others. She holds a BA and MA in Middle East Studies and an MBA.

Richard Gowan is the UN Director at the International Crisis Group, where he oversees Crisis Group’s advocacy work at the United Nations, liaising with diplomats and UN officials in New York. He was previously a Consulting Analyst with ICG in 2016 and 2017. He has worked with the European Council on Foreign Relations, New York University Center on International Cooperation, and the Foreign Policy Centre (London). He has taught at the School of International and Public Affairs at Columbia University and Stanford in New York. He has also worked as a consultant for the organizations including UN Department of Political Affairs, the UN Office of the Special Representative of the Secretary-General on International Migration, the United States Holocaust Memorial Museum, Rasmussen Global, the UK Foreign and Commonwealth Office, the Finnish Ministry for Foreign Affairs and Global Affairs Canada. From 2013 to 2019, he wrote a weekly column (“Diplomatic Fallout”) for World Politics Review.

Ellen Laipson is the Director of the International Security program at the Schar School of Policy and Government at George Mason University. Previously she was president and CEO  of the Stimson Center (2002-2015) and continues as President Emeritus and Distinguished Fellow. Her tenure at Stimson followed a quarter-century of government service. Her last post in government was Vice-Chair of the National Intelligence Council (1997-2002). She also worked on the State Department’s policy planning staff, the National Security Council staff, and the Congressional Research Service.  She serves on several non-profit boards, and served on the CIA External Advisory Panel from 2006-2009, President Obama’s Intelligence Advisory Board from 2009-2013, and on the Secretary of State’s Foreign Affairs Policy Board 2011-2014. Laipson has an M.A. from the School of Advanced International Studies, Johns Hopkins University, and an AB from Cornell University.

Richard Ponzio is Director of Just Security 2020 and Senior Fellow at The Stimson Center in Washington, D.C. Previously, he led the Global Governance Program at The Hague Institute for Global Justice, where he directed the Albright-Gambari Commission with the Stimson Center. Earlier, Dr. Ponzio served as Senior Adviser in the U.S. State Department’s Office of the Special Representative for Afghanistan and Pakistan, where he conceptualized and coordinated Secretary Hillary Clinton’s and later John Kerry’s New Silk Road initiative. Widely published, he has served in senior peacebuilding roles with the United Nations in Afghanistan, Bosnia, Kosovo, New York, Pakistan, Sierra Leone, and the Solomon Islands.