Hina Jilani – Pioneering lawyer and human rights defender; President of the World Organization Against Torture; and member of The Elders, an independent group of global leaders founded by Nelson Mandela in 2007, who work together for peace, justice, and human rights.

Izabella Teixiera – Former Minister of the Environment of Brazil; Co-chair of the International Resource Panel

José Antonio Ocampo – Former UN Under-Secretary-General for Economic and Social Affairs, Executive Secretary of the Economic Commission for Latin America and the Caribbean (ECLAC), and member of the Commission on Global Security, Justice & Governance.

Joseph Baratta – Historian and Author of The Politics of World Federation

Rachel Bronson – President and CEO at Bulletin of the Atomic Scientists

Domenec Devesa – Member of the European Parliament of Spain

Patricia Galdamez – Senior Advisor to the Secretary-General, Community of Democracies

Lise Howard – Professor of International Relations,Georgetown University, and Chair of the Academic Council on the UN System

Alhagie Mbow – Member of the Pan African Parliament of Gambia 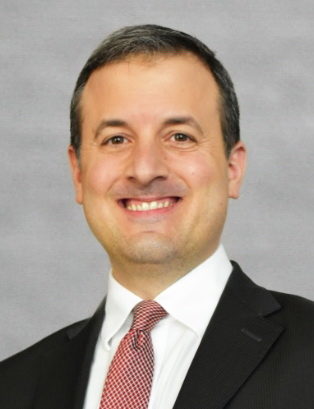 Richard Ponzio – Director and Senior Fellow at The Stimson Center

Yadira Pinilla Soto – Advisor to the Director of the Department of the Sustainable Democracy and Special Missions, Organization of American States

Soon-Young Yoon – Representative to the UN, International Alliance of Women, co-driver of the fwMAP

GRAMMY-nominated musician and activist, Rocky Dawuni, straddles the boundaries between Africa, the Caribbean and the U.S. to create his appealing Afro Roots sound that unites generations and cultures. A galvanizing performer, Dawuni has performed with Stevie Wonder, Janelle Monae, John Legend & many others. Named one of Africa’s Top 10 global stars by CNN, he has showcased his talent at prestigious venues such as The Kennedy Center and The Hollywood Bowl.  Rocky is a UN Goodwill Ambassador for the Environment for Africa, UN Foundation Ambassador for the Clean Cooking Alliance and a Global Ambassador for Born Free USA which works to stop illegal poaching of endangered animals worldwide. Through these designations, he uses his music to shine a light on crucial issues facing humanity across the globe through live concerts, speaking roles and youth empowerment.

Rocky released his 7th studio album entitled “Beats of Zion” in 2019 with its striking accompanying video shot in Jamestown, Accra through Six Degrees Distribution. Rocky also released “Wickedest Sound” featuring Ghanaian dancehall star, Stonebwoy and the gorgeous “Elevation” shot in India.  Rocky is preparing to release a new Ghana focused EP later this year.  In a time when divisive rhetoric is on the rise and the political climate prefers to build walls over bridges, “Beats of Zion” is a refreshing message about global unity and a worldview of oneness. http://www.rockydawuni.com

Yagull is a NYC-based acoustic duet of Kana Kamitsubo-Markovic and Sasha Markovic. The work of Yagull has including the latest album “YUNA” received numerous number of praise by diverse publications including Time Out New York, Classical Music Magazine, Progression Magazine, and Acoustic Music. Yagull has performend nationally and internationally. Yagull’s recent concert at the National Museum in Belgrade, Serbia, was featured by RTS, the biggest national broadcast in Serbia.

Kana Kamitsubo-Markovic is a pianist as well as a board-certified music therapist born in Kobe, Japan. She has received a strong and unique music education both in Japan and the U.S studying classical and jazz. In 2008, she graduated Summa Cum Laude from Berklee College of Music in Boston where she studied jazz piano and music therapy. While performing as a pianist, Kana has also actively worked with children with special needs and been recognized as a leading expertise in the field. Kana has created her own method, Musicreative™, which is referred to as a “highly significant in the field of music therapy, music education, and special education”.

Born and raised in Belgrade, Serbia (former Yugoslavia), Sasha Markovic is a self-taught musician who has been playing the guitar since the age of 13. He graduated from Belgrade University majored in Anthropology. He took on an unique approach of learning guitar by trying to replicate the sounds from the vast variety of records he passionately collected and listened to, ranging from 70s rock, blues, jazz to world music.

The UN75 Global Governance Forum seeks to promote a more inclusive and effective United Nations through dialogue and recommendations that better harness the ideas, capabilities, and networks of both state and non-state actors for achieving the UN’s commitment to peace, sustainable development, human rights, and a stable climate.